Ugly truths about “Father of the Iditarod,”

Joe Redington Sr. killed dogs to feed to other dogs: 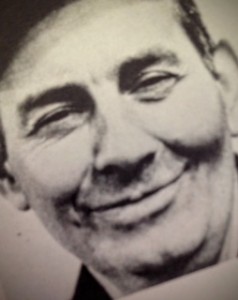 Joe Redington Sr., “Father of the Iditarod.” He refused to be rescued, ran out of dog food and killed some of his dogs to feed to other dogs.

“…They came looking for us and c.a.p. [civil air patrol] found us and then they sent out rescue and wanted to rescue us. We didn’t want to be rescued.” “Then, of course, we run out of dog food and had to kill some dogs to feed the other dogs. We didn’t have airplane traffic we have today, you know. Finally I got word to the rescue unit. I worked with them at the time and c.a.p. I finally got word to them and told them I needed dog food.”

“I find that licking a dog that doesn’t scream is not the right way to discipline it. Dogs that don’t scream simply don’t respond to whipping. The screamers do.”

“They rigged up a system where an electric coil ran through the team. The plan was for [Joe] Redington to stand on the sled runners, shout ‘Geronimo!’ and then shock the dogs. When it came time to race they believed the dogs would be trained to leap off the starting line at the mere act of yelling the old Indian warrior’s name. This was using Pavlov’s theory of conditioned response.””The shock device was triggered…and the dogs went berserk.”

Joe Redington Sr.’s dog Pancho died in the Iditarod from a snapped neck:

“Only a little later, just before Joe [Redington] arrived at Rohn, Pancho, a four-year old dog back in the pack snapped his neck.”

“Things turned sour for [Joe] Redington again on the trail into McGrath when a dog named Nip died.”

– Freedman, Lew. Father of the Iditarod: The Joe Redington Story, Fairbanks: Epicenter Press, 1999
– Nip died in the 1997 Iditarod. The Iditarod never revealed the cause of his death.